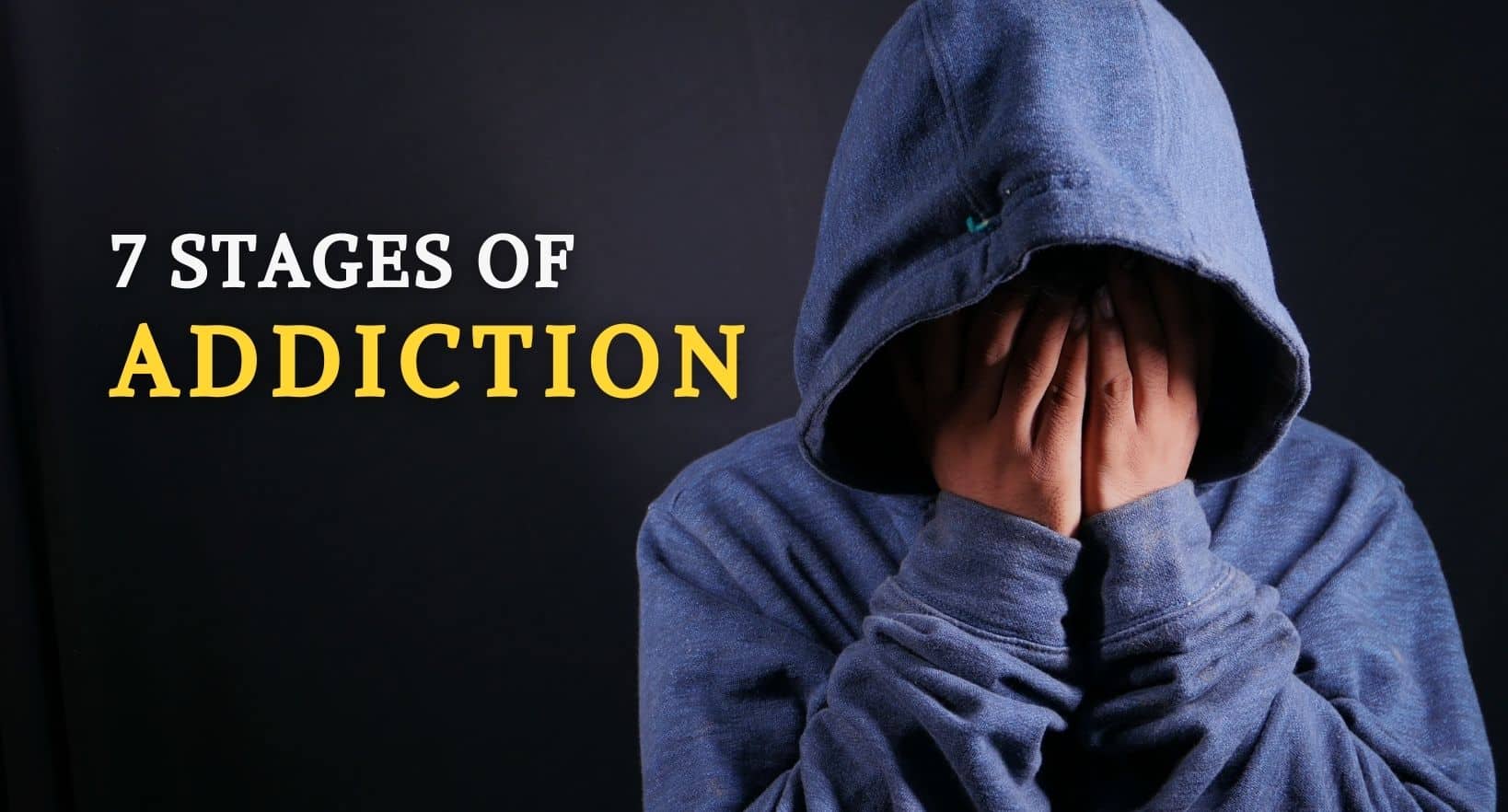 Untreated substance use disorder is the culprit for tens of thousands of deaths each year.

Sadly, one of the biggest reasons people choose to not get help is due to the shame they experience surrounding the addiction. While alleviating the stigma isn’t easy, it’s important to know just how common addiction is.

Studies show that about 21 percent of the Canadian population will experience substance use disorder in their lifetime – that’s a total of approximately six million people across the nation.

As shocking as these statistics are, it should be eye-opening in realizing just how many people are facing or will face the same daily battle.

If you or someone you love has been struggling with substance use disorder, don’t let it be in silence.

The first step in decreasing the shame surrounding this complex disorder – and finding sobriety – is by taking the steps to understand the journey to recovery.

Although entering recovery looks different for everyone, the user goes through these 7 stages of drug addiction recovery to beat the disorder – initiation, experimentation, regular use, risky use, dependence, a substance use disorder, and treatment.

We’ll cover each of these stages and their characteristics more in-depth below.

The first time someone tries a substance is also known as “initiation”. While it’s important to note that people can begin experimenting with drugs or alcohol at any age, adolescence is when the initial use most commonly starts.

Not only are youth more prone to giving in to peer pressure, but they tend to engage in riskier behaviour during their high school and college years. One of the main reasons for this is that the frontal cortex of the brain isn’t fully developed yet.

When you add various other factors into the mix, such as the pressure to perform at school, trouble at home, desire to fit in, or pure curiosity, these are all common reasons people wind up being initiated into trying a drug.

While it’s true that someone can become addicted to a drug from the first try, most people try substances without becoming addicted. However, the earlier the initiation, the greater the chance that substance use disorder will develop later on.

This goes to show how our choices at a young age can affect us for the rest of our life, even if we’re just trying to fit in.

After the initiation stage comes experimentation. In adolescents, alcohol or drug experimentation usually takes place in social settings among peers.

It can also occur at home, school, or work – however, at this stage, the usage is very casual.

At this point, the user is usually seeking one of two things – either the feeling of pleasure or enhancing an experience, such as having more fun at a party.

Some adults will start experimenting because they find the substances helpful to unwind after a long week’s work. Regardless of the reason for the experimentation, it’s important to note that the individual hasn’t become dependent on the substance yet.

Regular use occurs when substance use has started to become somewhat routine. Experimentation has turned into a regular weekend activity or unwinding with a couple of drinks after work is now seen as “the norm.”

While the person using still hasn’t become dependent, they’ve already started to give it less and less thought. Many people will stay in this stage for a long time, especially in today’s society with products like alcohol, tobacco, and marijuana being so readily available.

Some of the most common reasons adults report turning to regular use of substances is because they’re looking for a way to feel better from mental health issues like anxiety and depression.

Others are simply looking to take the edge off after a long day at work. However, with regular use comes the onset of negative effects, whether it be a hangover after drinking or a drop in mood after coming down off a drug like ecstasy.

A New Alternative to Residential Treatment.
And yes, it works.

During stage four, also known as “risky use”, alcohol or drug usage has become problematic. While many adults see no problem with regular use, there’s a very fine line between that and risky use.

If alcohol is the substance of choice, hangovers will already be a very regular occurrence. People who regularly use stimulant drugs may now be feeling more paranoid or anxious at this stage.

Whether alcohol or drugs, the user has already likely begun to neglect responsibilities to drink or use and may even experience problems with the law.

This could look like getting a DUI, being charged for possession of drugs, or being arrested for public intoxication.

This stage comes right before dependency for a reason – the behaviour is risky and can have detrimental effects on a person’s life if it hasn’t yet already.

In addition to experiencing negative consequences in one’s personal and professional life, the individual’s health and safety are also at risk.

Stage five is one of the most dangerous stages of addiction because it’s characterized by being dependent on the drug. Once substance use reaches this point, the behaviour is incredibly difficult to change.

The hold that the drug has on the user, both physically and mentally, has manifested itself in a variety of negative ways.

The body and mind need the substance to function normally at this stage, which creates a vicious cycle that is hard to break. If an individual tries to cut back or stop the usage altogether, they’ll experience a wide range of unpleasant effects from withdrawal.

Not only will the person become very physically ill if they stop abruptly, but they can also experience psychological symptoms such as delirium or hallucinations.

The reason that many substance users have such a hard time stopping at this stage (despite the consequences) is that taking more of the drug is the quickest and easiest solution to feeling better.

If you’re attempting to detox from alcohol or drugs, seeking medical supervision is always recommended. A hospital, detox facility, or rehab centre has the tools to ease the dangerous symptoms that accompany withdrawal.

The stage of dependence can happen right away or over a prolonged period – how quickly a user becomes reliant on a substance will vary.

It all comes down to what their drug of choice is, as well as their reason for using it. For example, a person using heroin is more likely to become dependent on the drug sooner than someone who uses marijuana, simply because of the chemical makeup of the drug.

That’s not to say that a drug like marijuana is any less dangerous or less addictive. Alcohol and tobacco are still the most widely available substances and they’re to blame for the most deaths.

In the end, anytime someone relies on a substance to self-medicate or escape reality, they’re at a higher risk of becoming dependent. This applies to not only alcohol and drugs, but activities like gambling, gaming, sex, shopping, and more.

Stage 6: A Substance Use Disorder (SUD)

Once a person is fully dependent on a drug, the next stage is classified as a full-blown addiction.

It’s important to know that at this point, the problematic behaviour has become a diagnosable mental disorder, also known as substance use disorder (SUD).

During this stage, the user is unable to function in their daily life without taking the drug. Not only are they physically dependent on it, but they require it to cope with daily life as well.

The individual struggling with the SUD feels powerless and out of control as their need for the substance outweighs everything else in life. It’s at this point, if not earlier, that the individual will often lie and manipulate others at any cost to keep using the drug.

Once someone has been diagnosed with a substance use disorder, the addiction will remain with them for life. Even if they decide to seek treatment, their recovery will be ongoing and at times, a daily battle.

Finally, when the person with substance use disorder decides they need to make a change, stage 7 is when they’ll seek treatment.

Some users will transition smoothly through these 7 stages of addiction recovery and realize they need to get professional help right away. For others, going through the stages are much more complex.

Some people won’t decide to seek treatment until after they’ve already hit “rock bottom” and have lost everything due to their addiction.

Even though this is difficult to both experience and witness, for some people it’s a necessary obstacle in the recovery process.

Asking for help is never easy, but it’s so worth it.

If you’re ready to make a positive change, our team at Trafalgar Addiction Treatment Centres is here to support you. Transcending addiction and redefining recovery is our mission and the sole purpose of our work.

We have comprehensive treatment options available for addiction and mental health issues, including our flexible virtual program and renowned inpatient treatment.

Whichever program is right for you, our Master’s level therapists will guide you through addiction recovery management to help you find lasting sobriety.

You’ll walk away not only with the necessary tools to make healthier, more positive decisions, but you’ll also gain a support system and a community for life.

Remember that, even if it doesn’t feel like it now, you can live a positive, fulfilling life after addiction recovery. Give us a call today or submit a form to find out how we can help.

You will receive Addiction and Mental Health Treatment from the very best.
We have a team of accredited professionals who have many years of clinical and research experience.

See Our Team
LEARN ABOUT Is Your Husband Addicted to Gaming?

Is Your Husband Addicted to Gaming?