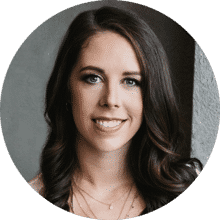 To understand attachment theory, we can begin with a researcher named Harry Harlow in the 1960s.

Behavioural approaches were popular at the time and posited that food was the primary connection between mothers and offspring and the provision of food created attachment.

Harlow was more of a social and cognitive psychologist, and believed that there was more to the development of attachment, especially as it relates to emotional connection.

Harlow used monkeys to demonstrate the relationship between nurturance and attachment over food and attachment; he separated young monkeys from their biological mothers and had several findings:

1) Monkeys who are isolated away from mothers and peers showed disturbed behaviour, such as staring blankly, pacing, and self-harming. When reintroduced to other monkeys, they were unable to socialize and some eventually died.

2) Monkeys who were not completely isolated, but were removed from their mothers developed social deficits. An important thing Harlow observed was that these monkeys clung to their cloth diapers, leading him to theorize that they were attempting to self-soothe with something soft which may stimulate comfort.

3) As result of this last finding, Harlow again separated young monkeys from their biological mothers and gave them two “fake moms”. One “fake mom” was made of wire, and one was made of soft material. What Harlow found was that regardless of if the wire “mom” had food with her or not, the monkeys preferred the soft “mom”. From these findings, Harlow posited that maternal touch and comfort was integral to social development and survival.

These findings have had a massive impact on the understanding of parenting and attachment since.

In the 1970s, John Bowlby further expanded on this theory to create an understanding of attachment in the first year, noting that around 7 months babies were forming preferred attachments and then able to expand these attachments past age 1.

If you have witnessed a baby around the 7 month mark, you may notice that it prefers one caregiver and can “play strange” with others or have “separation anxiety”. This was John Bowlby’s work.

Bowlby posited that attachment – the relationship between a caregiver and baby – was a result of evolution and part of the survival process.

He suggests that babies have an innate drive to form attachments with caregivers as way of increasing their needs being met and thus their chances for survival.

While past attachment theorists suggested that this drive and attachment was based on physical needs being met, largely, through being fed, later studies have shown that being nurtured and responded to are the primary ways in which we form attachments.

Mary Ainsworth created the now famous “storage situation” experiments in the 1970’s based on work done by Harlow and Bowlby.

Through lab experiments, Ainsworth examined the relationship between mothers (understood at that time as the primary caregiver) and babies as they developed, between ages of 12 and 18 months.

Since Ainsworth’s “strange situations”, attachment theory has continued to grow and there are a variety of attachment styles that have grown out of understanding these three types.

The general consensus is that about 50% of people have secure attachments, and 50% have one of or a combination of the other types.

It is important to remember that attachment theory is not a theory to judge caregivers, but rather a theory that helps us understand how we as humans learn about how to get our needs met.

There is not a definitive stance on this.

The clinicians that do believe that these patterns extend into adulthood also generally agree that the attachment styles are malleable and subject to change with appropriate intervention.

In relation to the above-mentioned attachment types, in adulthood “securely attached” individuals likely are able to connect to partners intimately, believe that they can rely on their partner to have their needs met, and do the same for their partner; those with “ambivalent attachment” patterns may tend to have a “push-pull” dynamic in their relationships or have relationships that have cycles of healthy and unhealthy behaviours; and “avoidant attachment” patterns may play out in habits of avoiding relationships, or being in relationships that lack authentic connection or emotional intimacy.

This is relevant in addiction treatment, as there can be emotional pain associated with the attachment styles we had/have with caregivers/partners that can lead to self-medicating.

This theory can also be very relevant in sex and love addiction behaviours, as some suggest that we spend our time seeking out the unmet needs from our childhood in our adult relationships which can be chaotic.

Your therapist will at some point likely inquire about the nature of your relationships to explore this.

In attachment-based therapy, the abovementioned relation habits, beliefs, and pain are addressed to reduce the negative impact they have on well-being from within a safe and secure relationship with your therapist.